PAST, PRESENT, AND FUTURE Our Timeline

THE STORY OF A LEGENDARY DÜSSELDORF HOTEL

With a history stretching back over 200 years, Breidenbacher Hof is more than a luxurious place to stay and is unique amongst the hotels in Düsseldorf’s Old Town. It’s a place woven into the very fabric of Düsseldorf. An iconic setting that has endured hardship and celebrated success, where people meet, swap stories, laugh and make lifelong friendships – and which still casts its spell over guests today.

The entrepreneur Wilhelm Breidenbach has the vision of building a grand hotel in the culturally and economically up-and-coming metropolis of Düsseldorf and buys a plot of land in what is now known as the city center. The foundation stone for a legend has been laid. 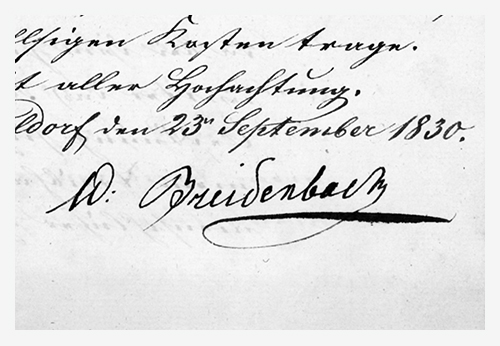 Construction of the Breidenbacher Hof according to the plans of the respected architect Adolph Anton von Vagedes in the classical style.

Grand opening of the hotel 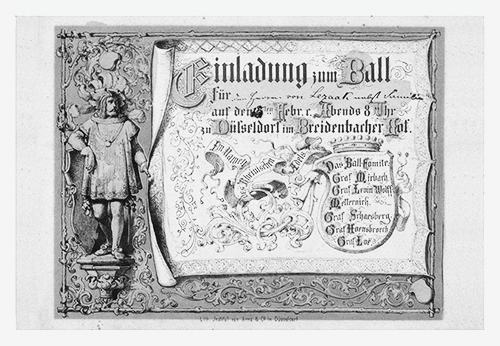 The renowned restauranteur Capellen-Heydendahl becomes the new owner. In the course of its history, the Breidenbacher Hof with its originally strictly classical facade is redesigned, enlarged and modernized several times. 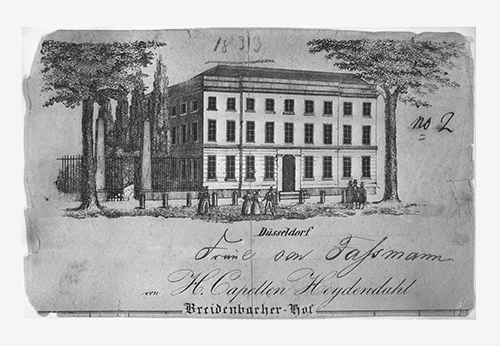 The innkeeper Julius Disch takes over the scepter in the luxury hotel. 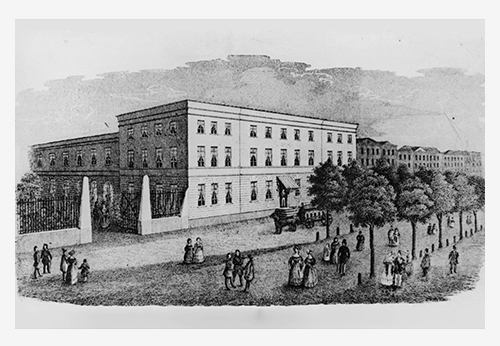 Disch sells the hotel to a construction bank in Düsseldorf, which replaces the original building with a new one designed by the architects Boldt & Frings. The hotel is now continued as the Palace Hotel Breidenbacher Hof. 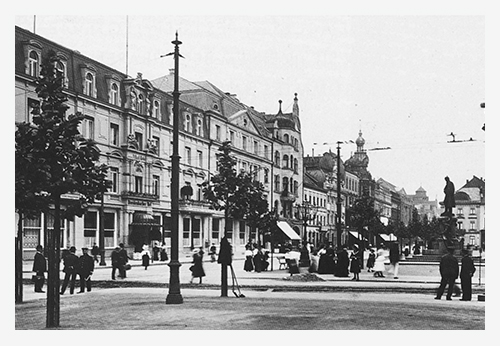 A renovation is carried out according to plans by the architects Klein & Dörschel.

The newly founded operating company Breidenbacher Hof GmbH under the direction of Dr. Georg Linsenmeyer takes over the hotel. 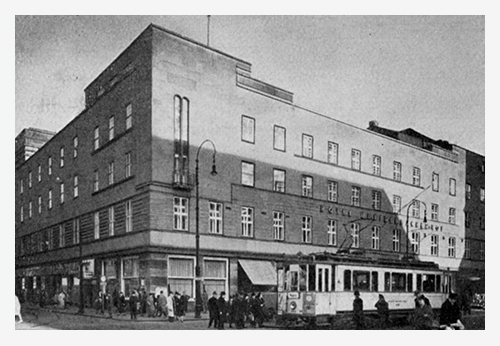 After a heavy bombing raid, the Breidenbacher Hof burns to the ground at Whitsun. 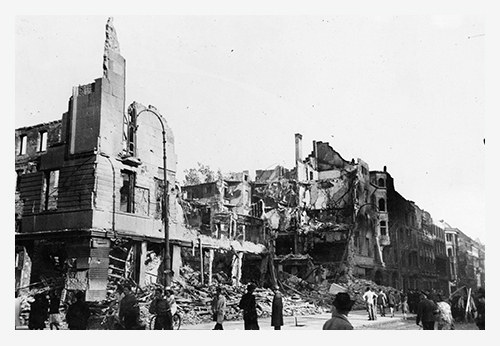 Reconstruction under the aegis of the then owner Dr. Georg Linsenmeyer. The Breidenbacher Hof reopens on August 15, 1950 and shines with a new objectivity.

Renate Linsenmeyer, Georg Linsenmeyer's daughter, takes over after the death of her father and modernizes the hotel extensively. 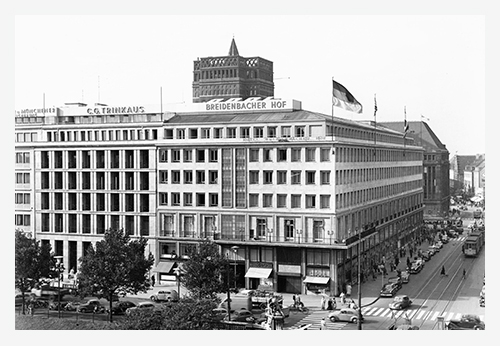 In the mid-1980's, Georg Rafael, founder of the Regent hotel chain, takes over the traditional hotel. At that time, he is able to win the Pearl of Kuwait Group as an investor which supported his visions.

Due to extensive renovation work, the Breidenbacher Hof is closed. The safety regulations no longer correspond to the latest standards, which were tightened after the airport fire in Düsseldorf in 1996. 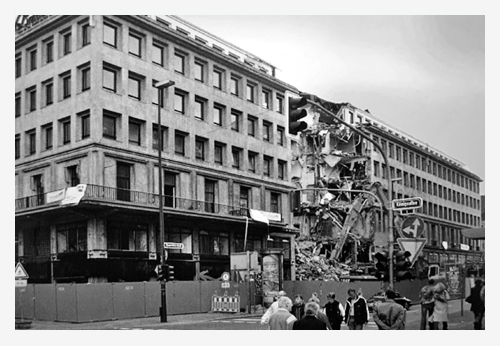 The house is being demolished and completely rebuilt by its owners - the Pearl of Kuwait Group - according to the plans of the Düsseldorf architects Hentrich, Petschnigg & Partner over a construction period of 28 months.

Exactly 200 years after the first building permit, the Breidenbacher Hof is grandly reopened. In May 2008 it celebrates its proud comeback as Breidenbacher Hof, a Capella Hotel. A new era of hospitality begins for this luxury hotel in düsseldorf city center. 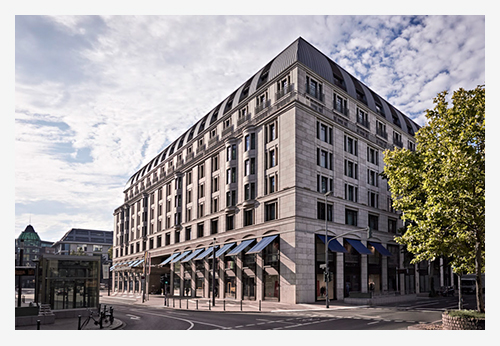 The hotel celebrates its 200 year anniversary

The Breidenbacher Hof joins
Small Luxury Hotels of the World 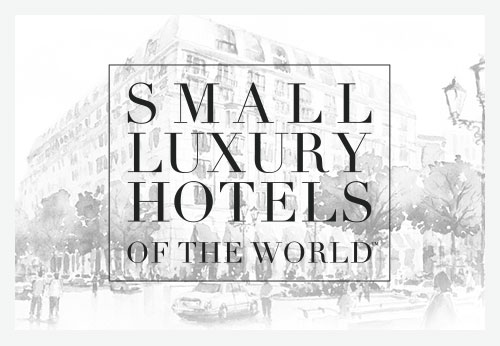 We will inform you about our latest promotions and culinary events.
To unsubscribe click here 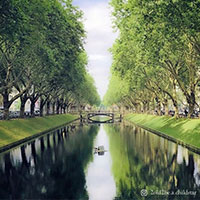 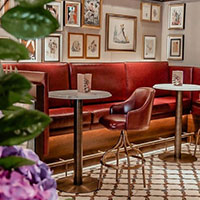 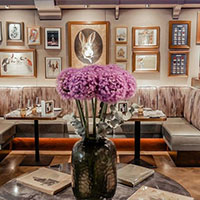 We use cookies to enable the website to be operated and to ensure that certain functions work properly. This includes, for example, the possibility of making bookings and reservations or seeing the website in its current layout. This tracking is always activated, otherwise you will not be able to see the website or e.g. not be able to make bookings.

Retention period: This cookie only persists for the current browser session.

Retention period: This cookie only persists for the current browser session.

Used to offer vouchers for purchase.

Used to display job offers in the hospitality and gastronomy

We use functional tracking to analyze how our website is used. For this purpose, data is collected from third parties that is already required for the technical provision of the website. Such data is only aggregated and made available to us as a statistical overview. This data helps us to discover errors and to improve the functionality of our website.

In order to improve our website, usage data is collected from third-party providers and combined into a usage profile.